The new Coast Guard Station Commander Lake Worth Inlet sits authoritatively behind his desk overlooking the Intracoastal Waterway in Riviera Beach. Seeing how easily he directs the continuous flow of daily station activities, it’s hard to imagine that he wasn’t always pushed towards a career in the military.

â€œI had no plans after high school. I just started saying I was going to join the military so my dad would leave me alone, â€BOSN2 Rick Seymour says with a laugh.

Like many high school students, the Boynton Beach High School graduate in 2004 had no idea what he wanted to do after graduation. Then a Coast Guard recruiter showed him splattered brochures of wide seas and fast boats and Commander Seymour’s interest was piqued.

â€œI have always loved water. Fishing, diving, boating, I grew up with it. Joining the Coast Guard meant he could have a career as a boatmaster, something close to heaven for a child born and raised along the coast of Palm Beach County. Commander Seymour enlisted, launching an almost two-decade military career that would send him to stations along the US coast and in the Persian Gulf. 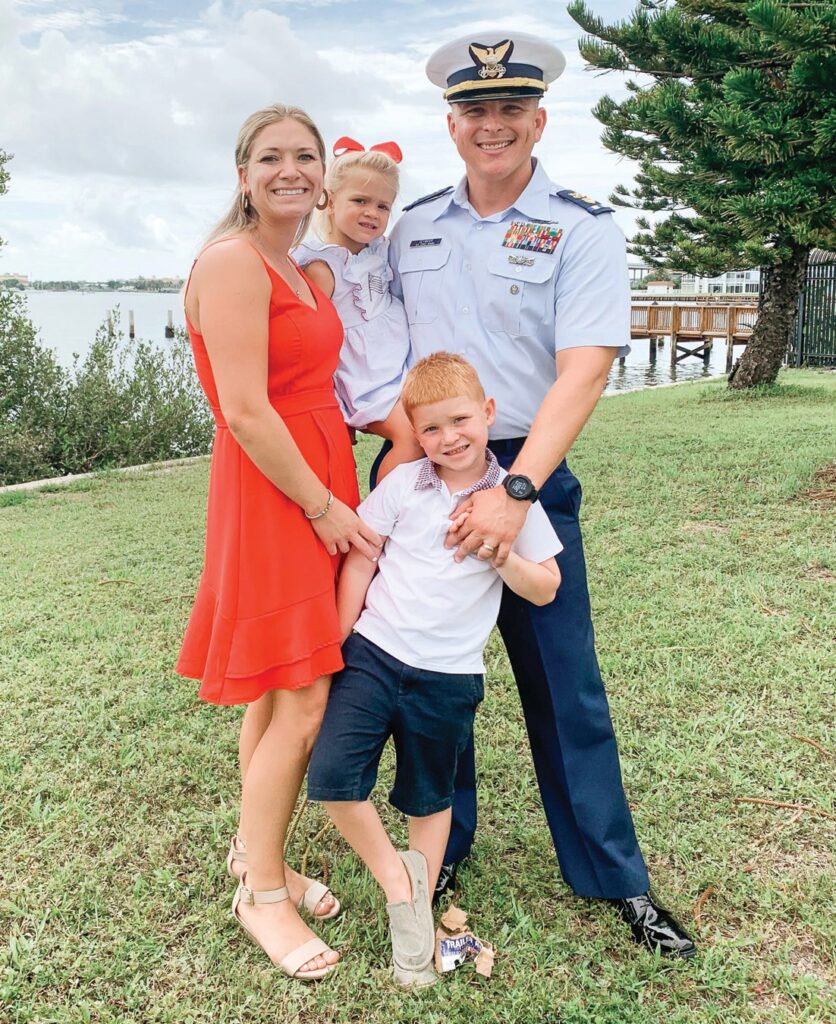 The principal federal agency responsible for the safety, security and environmental stewardship of United States ports and waterways, the Coast Guard operates along more than 95,000 miles of United States coastline, across 4.5 million square miles of the exclusive economic zone (EEZ) of the United States. , and on the high seas. Founded in 1790, the Coast Guard’s primary initiatives are to protect border security and rescue those in danger through search and rescue missions.

Like many Floridians, Commander Seymour loves the ocean. He can recall fond memories of fishing trips, diving experiences and the sheer pleasure of sailing on the surface of the water. However, the Coast Guard taught him that the ocean can also be a dangerous and destructive force.

â€œSix months after training camp, I was stationed in Gulfport, Mississippi, when Katrina hit. Growing up in Florida, I experienced Hurricane Andrew and other storms, but Katrina was surreal. Commander Seymour’s patrol boat, the Razorbill, was evacuated to Texas as the storm targeted the Mississippi coast. A month later, they returned to find complete destruction. â€œIt was all gone. The base was completely gone, we had no electricity, most of our houses were destroyed.

It was a sad reality for a young man less than a year into his military career, but Commander Seymour’s training helped him overcome the consequences. â€œThe army has a very strong support network. They teach you how to deal with what you have and how to deal with your stress.

Commander Seymour helped rebuild Base Gulfport and reopen the canals for the next three years until he was due for a transfer. The Coast Guard transfers personnel every two to four years. He was stationed in Jacksonville, Corpus Christie, and at Coast Guard Headquarters in Washington, DC In 2011, he made an unaccompanied visit to Bahrain on the Coast Guard vessel Wrangell.

â€œThe Coast Guard supports the Navy in the Gulf,â€ says Commander Seymour. â€œWe mainly perform search and rescue operations and provide escorts for assets. During his stay in Bahrain, Commander Seymour lived “in community” while learning about the culture and way of life of the country. “I ate a lot of dates and camelsâ€¦ but just once.”

Earlier this year, Commander Seymour had the opportunity to return home and jumped at the chance. He took command of the Coast Guard station at Lake Worth Inlet in June.

Under his command, the 40 active-duty members and 20 reservists of Lake Worth Inlet station patrol the coastline from Port St. Lucia to Boca Raton and up to 50 miles offshore. Search and rescue is the station’s # 1 job. Last year, they conducted 130 searches for undetected divers, boats found adrift or people in distress. For Commander Seymour, â€œsaving livesâ€ is the most rewarding part of his job, but he warns people to be aware of the dangers of water. â€œThe Coast Guard auxiliary offers boating safety courses. We encourage new boaters to take one. And wear your life jacket. Life jackets save lives.

Ryan Whitman, the station’s operations officer, echoed Commander Seymour’s passion for saving lives, although that was not what drew the Royal Palm Beach High School’s first graduate in 2004 to the Coast Guard. â€œThe recruiter showed me this brochure where this guy was jumping out of a helicopter and I thought, ‘Dude, I want to do this!’ “

After 17 years in the Coast Guard, Officer Whitman was stationed in Louisiana, Newport, Rhode Island and

Bahrain, but it has not yet jumped from a helicopter.

The two men tell high school students not to give up on the military as an option. â€œYou can travel, have the opportunity to do a lot of different things, including going to school, and in 20 years you can retire and have a whole new career,â€ says Agent Whitman.

Helicopter jumping aside is a good deal. ??