Now that the NTSB has decided who is to blame for the Gold Ray disaster, will the sanctions follow?

ST. SIMONS ISLAND, Georgia – Heavy from above with cargo, a lower deck door wide open, the Golden Ray was particularly vulnerable to capsizing and sinking when it set sail on September 8, 2019.

His faltering condition was not unique, however. The ship had been sailing in this precarious state for weeks, according to a new report from the National Transportation Safety Board. The investigation found that the ship’s officer miscalculated the ship’s stability that day and on at least two previous voyages, resulting in an unbalanced ship that could tip over at the slightest turn.

For the 24 sailors on board, the fact that the ship overturned in St. Simons Strait and not at sea saved their lives. But coastal Georgia was not spared. The region’s delicate beaches and estuaries have been inundated with oil, car parts and plastic debris for two years, as the rusty ship languishes, caught fire and was sawn to pieces.

The rescue operation is drawing to a close – only two pieces of the dismembered ship’s eight segments remain – but any potential sanction for the disaster remains uncertain two years later.

The NTSB report – which was completed in March but was only made public this week – makes two recommendations but does not suggest sanctions. The shipowner should “review their safety management systems” to “verify” that basic vessel safety procedures are being followed, according to the moderate findings of the investigation.

Any sanction for the disaster would likely come from the US Coast Guard, which manages marine regulations and their enforcement. A Miami-based Coast Guard spokesperson said the agency would release its own report in the coming months and declined to comment on sanctions, if any, that it might recommend. Coast Guard Public Affairs Specialist Michael Himes of Unified Command St. Simons Sound said regulatory measures were not part of their efforts, but noted that the owner Hyundai-Glovis is held accountable by the Oil Pollution Act of 1990, which dictates how the disaster is repaired.

“Let’s form our point of view, [additional penalty] was not necessary because the shipowner and the ship’s insurer were very proactive in funding and supporting the response, â€he said. â€œI cannot speak to entities outside the United Command, but from within the cost of the response alone is a penalty. “

As First Coast News previously reported, the cost of the rescue operation is now expected to exceed $ 1 billion, making it the costliest ship rescue operation in history. These costs are directly related to cleaning and removal and do not include punitive costs.

Himes noted that Congress may also choose to review the disaster. First Coast News has contacted Peter DeFazio, the Oregon Democrat who oversees the Coast Guard and Shipping subcommittee, but has not received a response.

We have also contacted the Georgia Department of Natural Resources to see if there are any state-level sanctions in place. A spokesperson sent a statement that the agency’s environmental protection division “continues to investigate any violation of state law … associated with the sinking and the rescue operation in Classes. At present, no formal enforcement action has been taken by EPD. 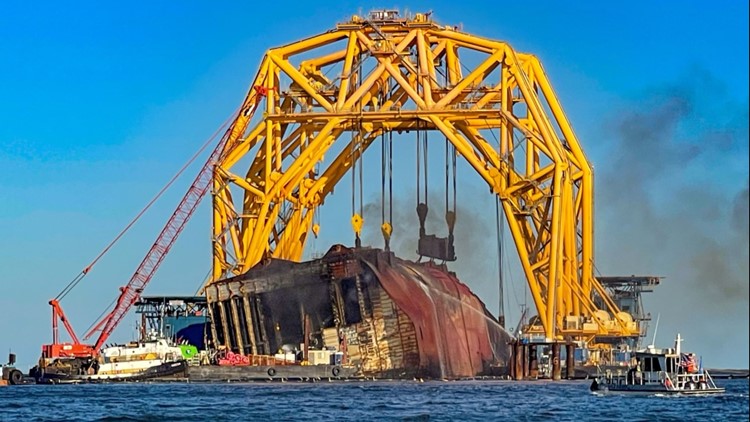