An Oregon Coast Guard station has a familiar face taking over the command post – the wife of the current commanding officer.

The change of command ceremony, according to the Coast Guard, is a centuries-old military tradition that marks a transfer of responsibility and total authority from one individual to another. The ceremony is conducted to formally demonstrate the continuity of authority within a U.S. military command.

Master Chief Scott Slade said he was up for the challenge of leading the crew of 45, but was a little “intimidated”.

“It’s so special to take over my wife’s crew,” he said. “Expectations are high and the crew is ready. It’s amazing what Beth has done and built here. It’s pretty daunting to take over after someone who is so squared off, but I’m so excited to see what the future has to offer.”

“They’re an incredible crew,” said CWO Slade. “And that was probably the easiest change of command since we both know everyone so well and they already know their new commander. I’m happy to pass on such an excellent crew because I strongly believe that they’re at their best right now.” 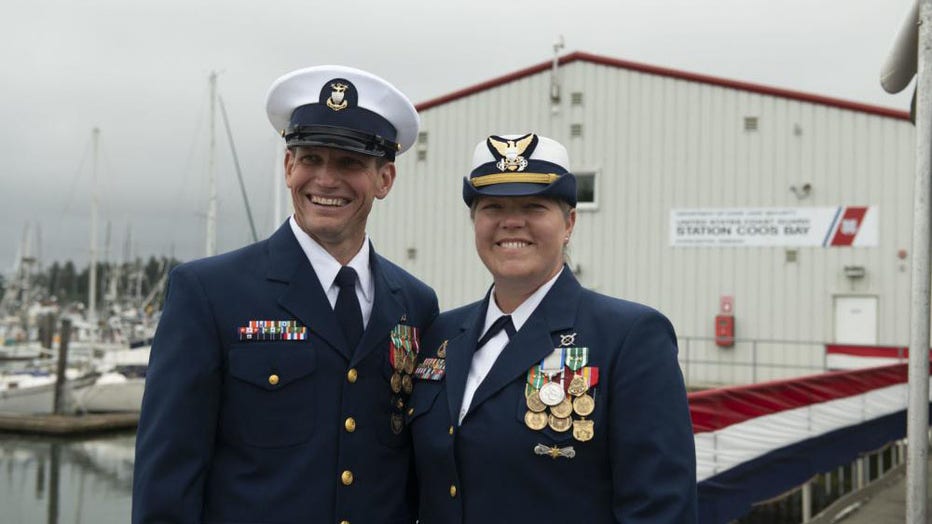 CWO Slade heads for another station, Yaquina Bay Coast Guard Station, about 100 miles to the south.

Beth and Scott Slade joined the Coast Guard nearly 25 years ago. Almost all of their time in the Coast Guard so far has been spent in units on the Oregon or Washington coast.

This story was reported from Detroit.